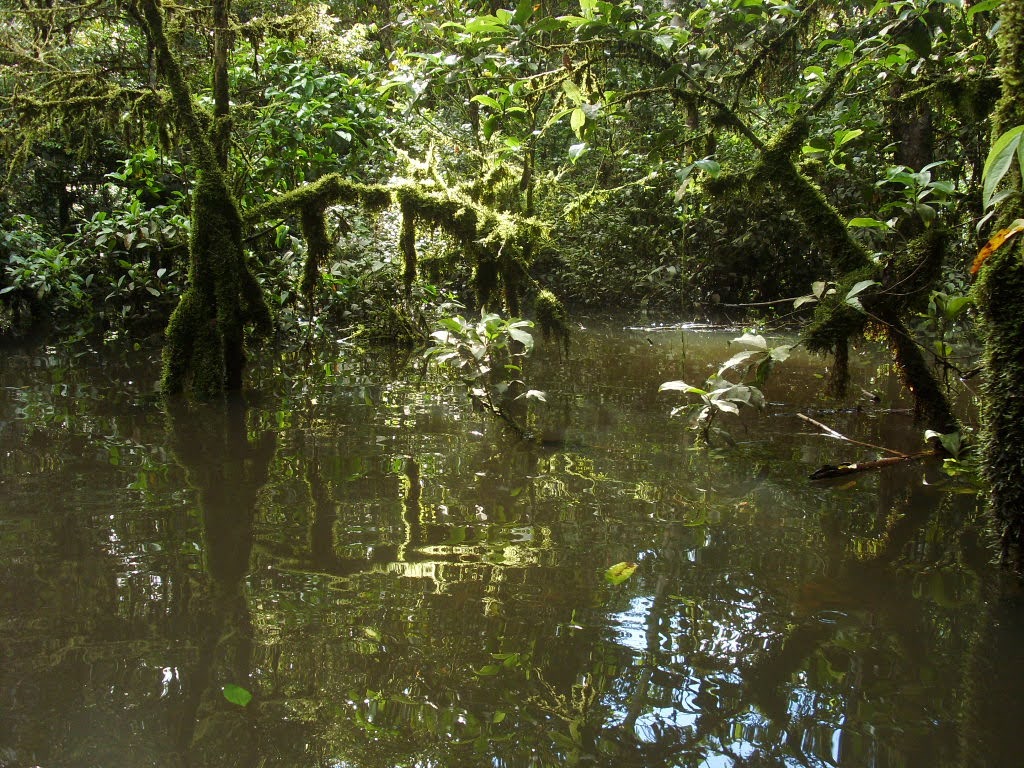 In the summer of 2014, I went on a summer abroad program with the University of Toronto to Ecuador. It was a special field course on Ecology and Conservation in the Amazon, Galápagos, and Andes. After spending the first week in the Andes, we travelled to the second part of our expedition, which took place at a scientific research centre deep in the Ecuadorian Amazon called Tiputini Biodiversity Station. We took a small plane from Quito to Coca, got off the plane and took a boat through the Napo River, got off the boat and got on a small truck through the Amazonian forest, and got off and took another boat through the Tiputini River. After many hours of transit and buckets of rain, we finally saw a little wooden staircase going up the hill on the side of the squiggly Tiputini River. The Tiputini Biodiversity Station was unlike anywhere else in the world. So distant from modern civilization, deep inside the womb of Mother Earth. We spent one week at the research centre exploring, observing, and experiencing the wonders of Yasuni National Park.

Everything is bigger in the Amazon. The insects, the earthworms, the trees, the flowers. Every day I was in awe, surrounded by the flourishing life around me and feeling humbled to be hugged by the breathing lungs of planet Earth. There was one day when our guides decided to take us out on a night boat ride. We hopped on the boat with our flashlights and drove down the Tiputini River. When we went far enough, and the lights from the research station were out of sight, we decided to turn off all of our flashlights, and the guides turned off the boat motor. In silence, our world turned into a sound bath of bugs, water, trees, and wildlife of the Amazon. I felt like I was floating down the musical score of nature's orchestra. It was so tranquil, so peaceful. I then decided to look up at the night sky. Words cannot explain how beautiful the sky was. There was the milky way right there. I felt emotions come up. Others were experiencing similar feelings around me. We spent a couple of minutes in silence just like that, in wonderment.

My experience that night at the Tiputini River is something that I will carry for the rest of my life, and I feel grateful that I was able to have that. My connection and appreciation for water has grown since then. Water gives so much to life and asks for nothing in return. Protecting water is a shared responsibility for all of us.
Tweet