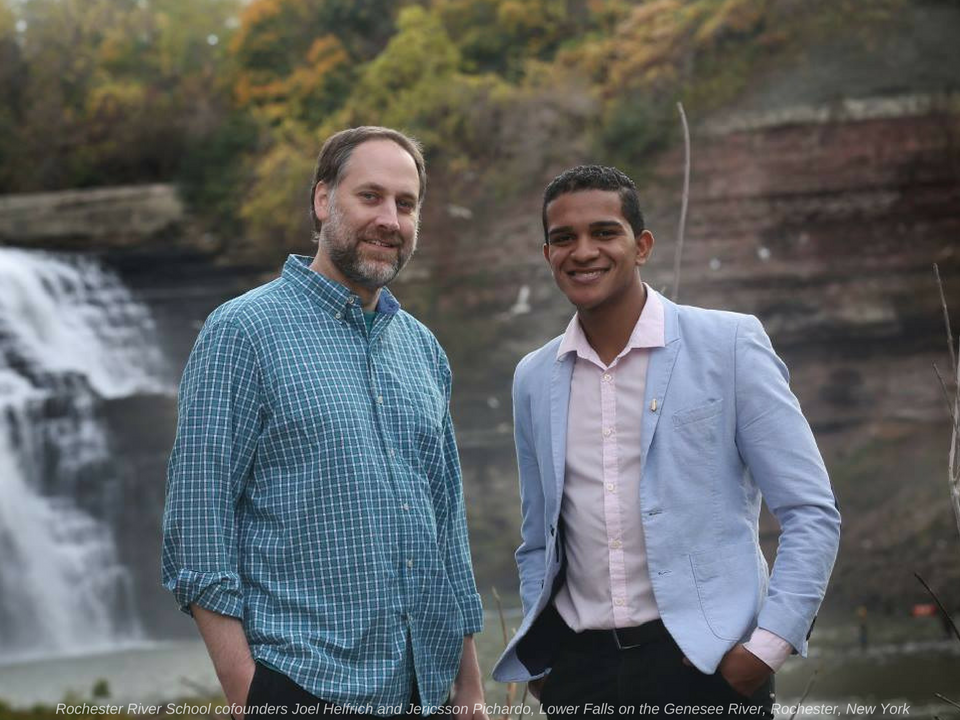 My Watermark is the Genesee River in Rochester, Upstate New York.

The Genesee River is the reason I am here, in Rochester, New York. As an undergraduate at the University of Rochester living on its "River Campus" many years ago, I often lived, sat, and ran along the river. The University of Rochester's alma mater is appropriately, "The Genesee." My house is roughly three meandering blocks away from this river. I regularly travel along its banks, take "out-of-towners" to see the High Falls, a location literally in the center of Rochester where the city originated 200 years ago, and often venture to see the Lower Falls, an area that some people have compared to remote areas of British Columbia -- yet, it is in the city!

The Genesee River is also the reason why Rochester exists. Without this river, Rochester would not have become the first boomtown in the United States, "The Young Lion of the West” in the nineteenth century, the world's largest producer of flour for a time, with the world's largest nursery, and would likely not have been home to Susan B. Anthony and Frederick Douglass, nor the birthplace of companies such as Eastman Kodak, Bausch & Lomb, and Xerox.

Emanating in Gold, Pennsylvania, and travelling 160 miles north to Lake Ontario, this river travels through many rural and suburban areas, through a concrete dam, then the city of Rochester, before terminating in Lake Ontario. As it makes its way through Rochester, it drops nearly 200 feet by passing over the High Falls (97 feet), Middle Falls, and Lower Falls.

Organizations like the Rochester River Foundation and its proposed K-12 public school called the Rochester River School anticipate a reorientation and reconnection toward the Genesee River, a currently underused, under-appreciated, and underutilized waterway. We imagine a future in which Rochester’s young citizens support the waterways of Western New York. The Genesee River, Lake Ontario, Erie Canal, and the Finger Lakes, and the thousands of species that make these waterways their homes, are invaluable natural resources. Even young children can understand the injustice of pollution, possible extinction, and the importance of conservation.

"The Genesee" by T.T. Swinburne

Full many fair and famous streams
Beneath the sun there be,
Yet more to us than any seems
Our own dear Genesee.
We love her banks and stately falls,
For to our minds they bring
Our dear old alma mater's halls
Where sweetest mem’ries cling.

No castled crags along her way
Romantic splendors cast;
No fabled or historic lay
Recalls the golden past.
But more than battlemented walls,
Or legends they may bear,
Are alma mater’s vine-clad halls
And mem’riesling’ring there.

As flows the river gath’ring force,
Along her steadfast way,
May we along life's devious course
Grow stronger day by day.
And may our hearts, where’er we roam,
Forever loyal be
To our beloved college home
Beside the Genesee.