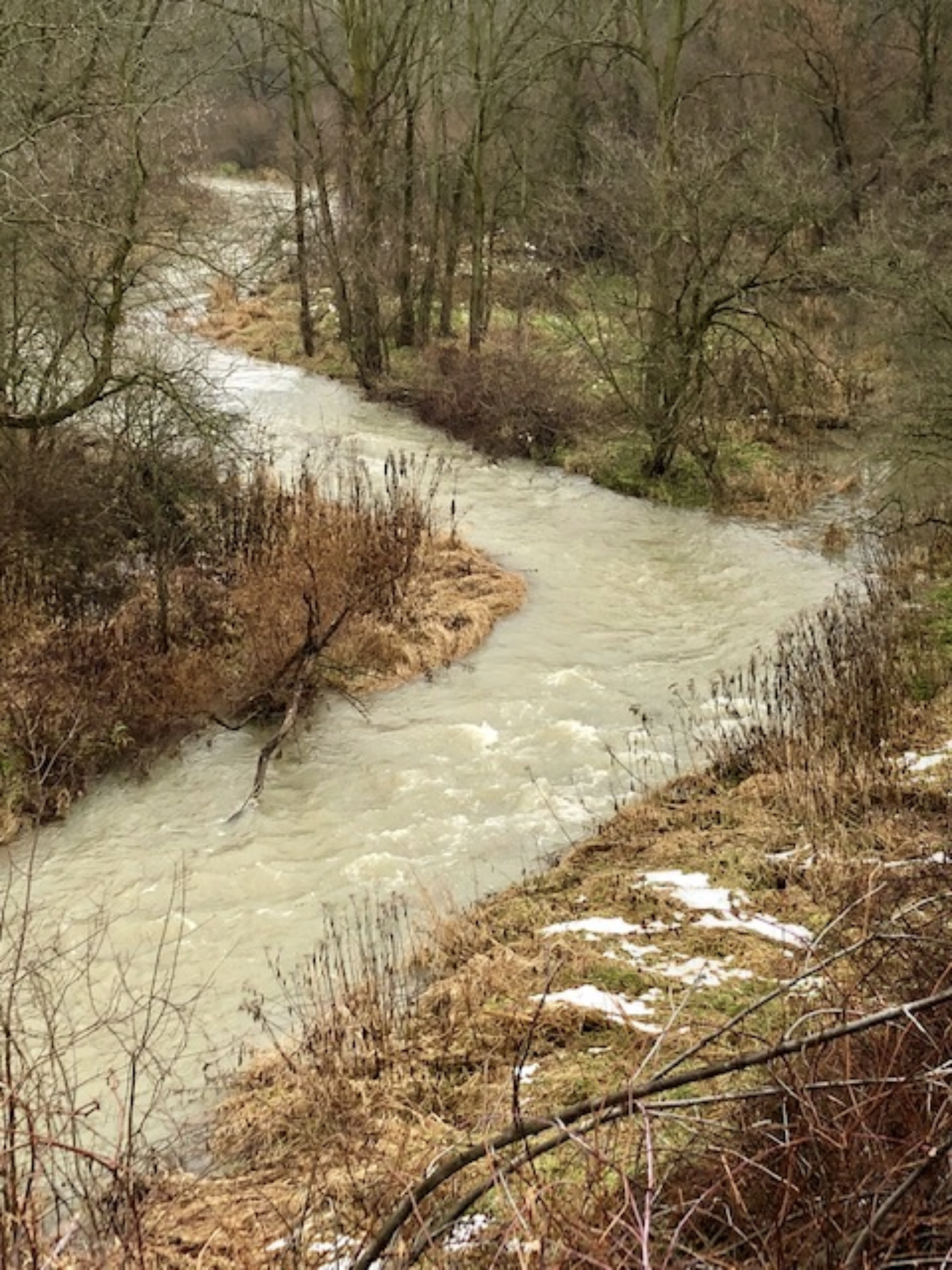 My Watermark is the Ausable River in Ontario.

Growing up in a small town in S/W Ontario (Exeter) I never really thought about my connection to water and what it meant to me, even though we were only 10 minutes from Lake Huron. Living on the last street on the west side of town, our backyard was a cornfield that led to the train tracks and a trestle, just like the train tracks in the film Stand By Me.

As kids we had free range to explore these areas and the link to it all was a small river (part of the Ausable River) that eventually meanders its way to Lake Huron. Every day was a new adventure, whether it was fishing, wading hip-high through the middle eventually falling in, making up games, or just hanging out on the bank telling stories or fighting over who the best baseball or hockey player was of all time...Roberto Clemente or Dave Keon.

It was a place where I was always happy.

In my teens in the dead of winter I would venture out on my own to the trestle and lay on the frozen river. Bundled up as best I could, I would spend hours walking along the river and laying silently on the frozen ice, watching the snowfall, waiting for rabbits or a deer to appear. They appeared almost every time.

I eventually moved away from Exeter but on visits home I would walk along the river with my family watching my kids run along the bank, and I would think of those times when I was just like them, when life was simple and without responsibilities, just time to explore.
Tweet