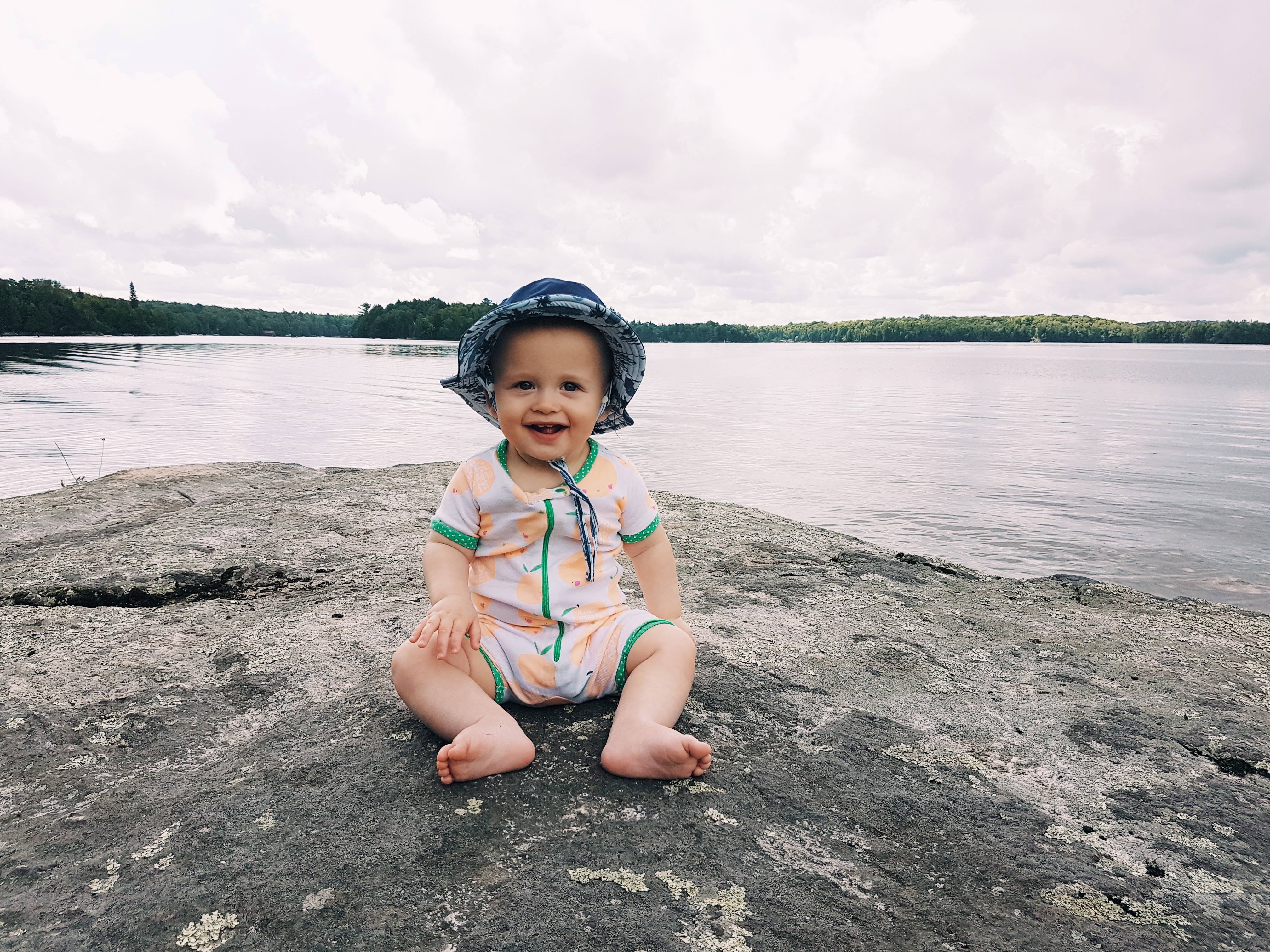 My Watermark is McQuaby Lake, near North Bay, Ontario.

I have to admit, fishing wasn’t ever really my favourite thing. Still though, I used to ask my dad to take me all the time while we spent our annual week at the cottage. Fishing was a means to a lot of other ends – spending time with my dad, getting to steer the boat or clambering around the rocks near the fishing spot to find blueberries. One summer, it was the means to another very important end: the Fisherman’s Badge. (Yes, even then we all acknowledged the weirdly sexist badge name.)

First let me set a little scene. We went to McQuaby Lake near Restoule every year with my dad’s family. My dad did this when he was a boy and his mom did it when she was a girl. Everyone fished the same lake. (Well maybe not my grandma, but her dad certainly did.) So my great-grandfather, my grandfather, my dad and then me all were fishing the same little spots covering probably a hundred year timespan. When I was a kid, my uncles and dad would catch really big fish throughout the week and eventually we’d eat them for supper one night.

So one year in the early 90s, and being a keen Brownie in hot pursuit of as many badges as I could get during the summer, I enlisted my family in helping me get the fisherman’s badge. I believe I had to catch and clean a fish by myself. I caught as big a Perch as I could with a little rod and a worm. Later, my uncle showed me how to clean fish as he worked through the big ones the adults had caught. I cleaned my own little fish, which I remember involved knocking the fish out before I started. I felt a little queasy about that. However, I was excited to keep my teeny tiny fillets separate when we cooked them later so I eventually could officially eat something I’d caught and prepared. To this day that’s the only time I’ve ever really understood where the meat I ate came from.

We still go to the lake every year, but unfortunately while the scenery is still beautiful, the lake is basically dead. There aren’t blueberries everywhere and there are no longer fish to catch. It’s sad to me that while my son is the fifth generation of my family to dip his toes in McQuaby Lake, he probably won’t know the wonder that I felt as a kid of being in a place where the water and ground provided food that I could get by myself.