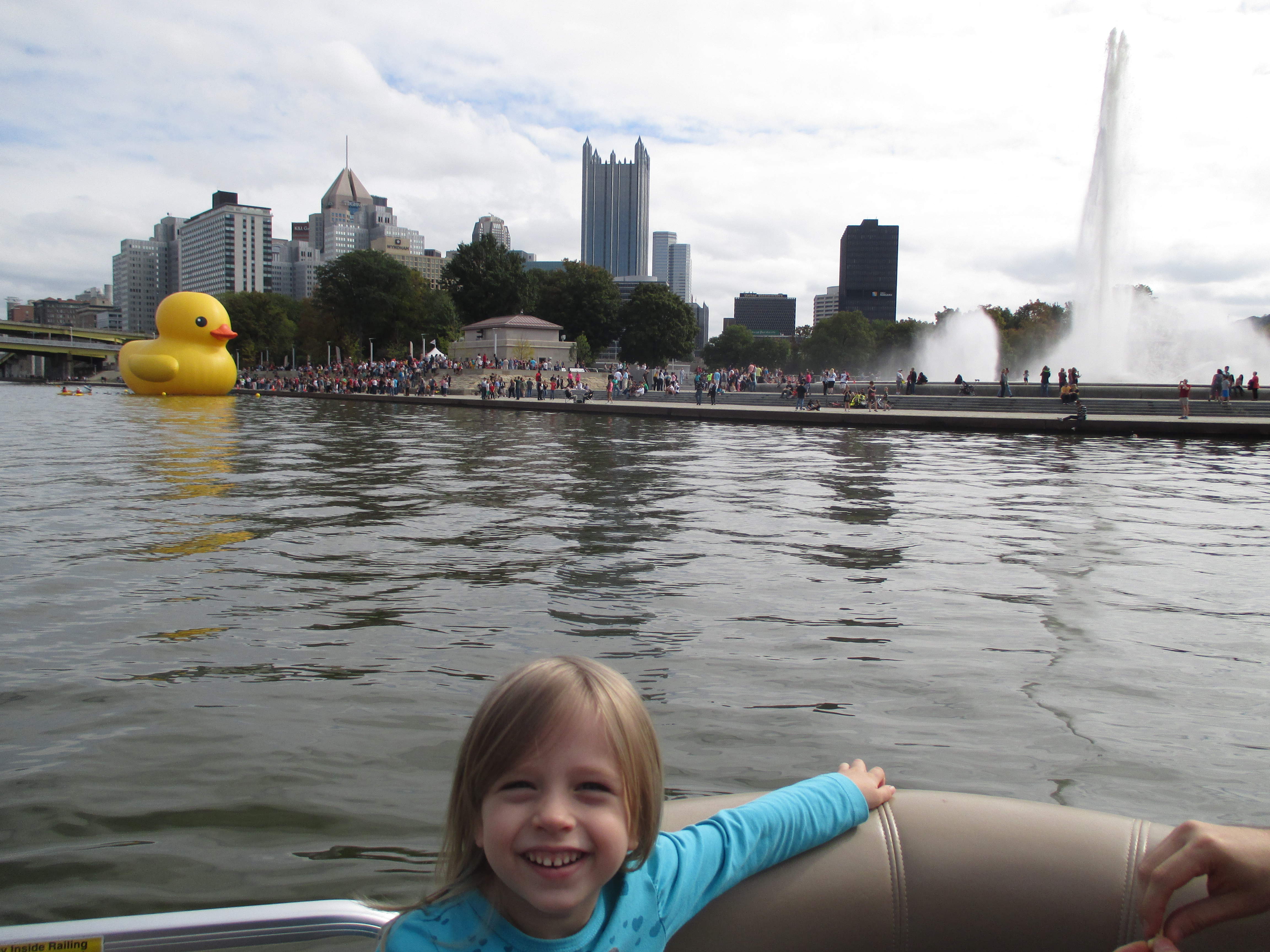 I owned a pontoon boat, named The SEAducer, that cruised the Allegheny River in Pittsburgh from 2010 – 2018. A day on the river with family and friends was always a great day, whether we were tubing, swimming, fishing or relaxing.

The Allegheny River gained international recognition when it hosted a 40-foot yellow duck in 2013. Dutch artist Florentijn Hofman developed The Duck and various versions have made a splash in harbors from Hong Kong to Sao Paulo since 2007. Hofman said the duck has healing properties because it knows no frontiers, doesn't discriminate and has no political connotation.

Many Pittsburghers who only literally looked down on the rivers when driving over bridges were drawn to the river to photograph The Duck. Pittsburgher flocked to riverfront in mass for the first time in years. The Duck proved that it really did have healing properties!
Tweet