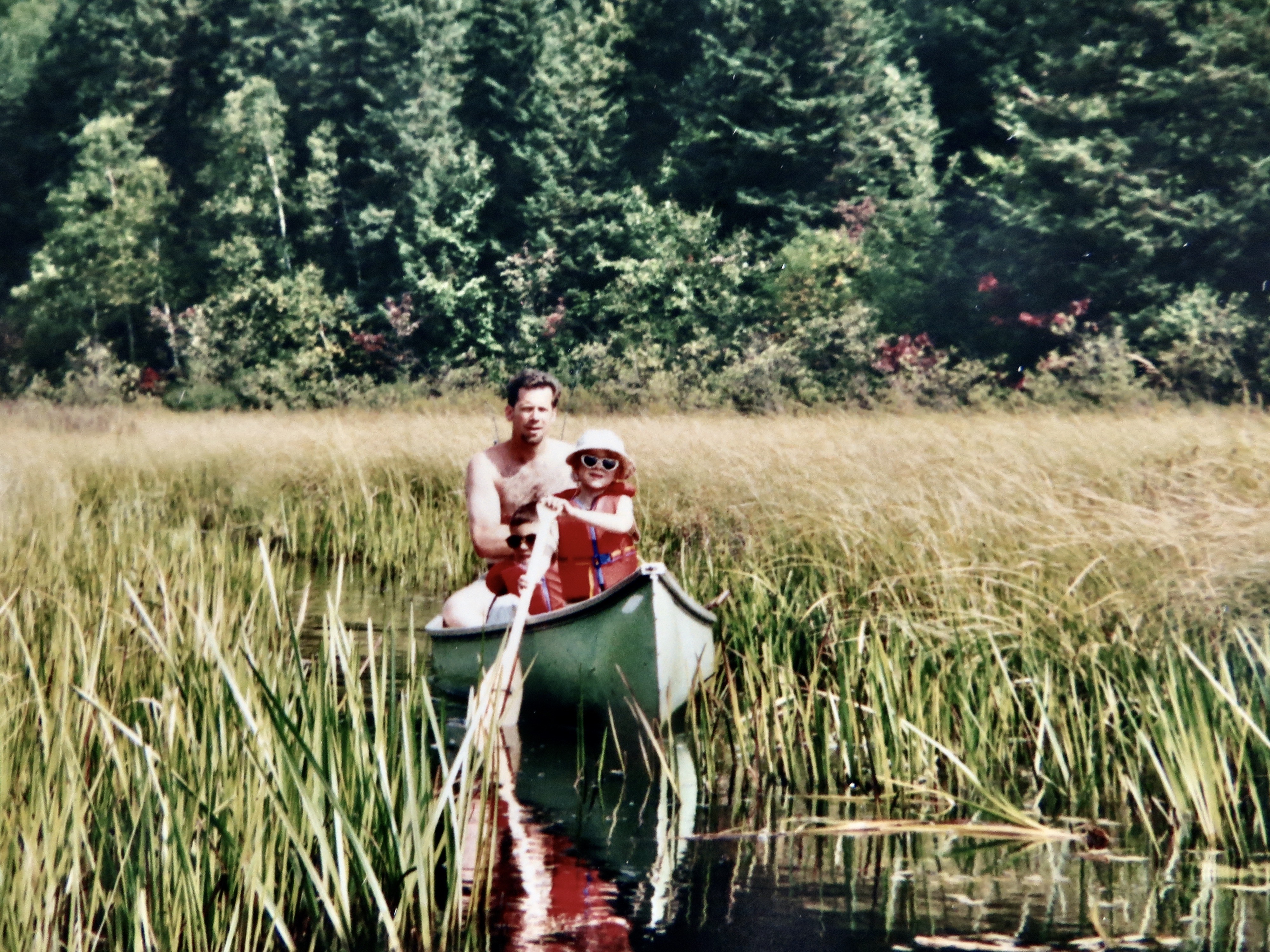 Coon Lake is a small lake in Algonquin Park that left a huge impact on me.

I spent many summers there as a kid, riding my bike through the park and playing on the sandy beach with my brother and my cousin. One of the best parts of the day was cooling off in the lake, though the size of the lake meant that the waters were never too cold. Nestled among a dense forest of pine and birch trees, the lake was an oasis, home to an abundance of wildlife and other natural wonders.

Just after sunset, we would douse ourselves in bug spray and canoe out to ‘The Yellow Rope’ to go fishing. ‘The Yellow Rope,’ which marked the best fishing spot in Coon Lake, snaked upwards from the bottom of the lake like seaweed.

In the evenings, we would sit around the campfire. If we were lucky, we would be visited by a family of woodland jumping mice. They danced around the pit, tiny blurs of movement in the dark brush, just barely illuminated by the firelight.

My memories of Coon Lake are as great in number as the stars in the sky that we gazed up at in silence before bedtime. But my favourite part of Coon Lake––by far––was the frog pond.

Those who know me know that I’m something of a frog… enthusiast. I own a small army of frog paraphernalia. I clung to the email address “frogzilla” until I was 17 years old. To this day, I search for my little green friends as often as I can. (Though Toronto’s frog populations leave much to be desired.)

My frog obsession was born on the shores of Coon Lake.

Near Coon Lake’s north shore sat the glorious frog pond. The unassuming marshy area held more frogs than my eager young eyes had ever seen. Bullfrogs, leopard frogs, green frogs, mink frogs! Frogs of all kinds, leaping from place to place or sunning themselves under the surface of the warm water.

I would spend most of the day by the pond, until I was enticed back to the campsite by the smell of dinner. I never stayed away from the frog pond for too long, though, and could be found back there right after dinner or first thing the next morning.

Coon Lake instilled me with a deep appreciation of nature and wildlife. It wasn’t out of the ordinary to spot moose, deer, beavers, salamanders, great blue herons, or otters, but it was always exciting. My Grandma awarded the grandkids “picks,” the choice of a mini chocolate bar from her bag of treats, each time one of us spotted an animal.

Today, my love of frogs is as strong as ever.

Now, I recognize that in addition to being absolutely adorable, frogs play an incredibly important role in ecosystems. Not only are they predators and prey, but they are indicator species. Because of their permeable skin, they are always absorbing their environments. If the water is healthy, the frogs are healthy. If the water is unhealthy, so are the frogs.

Some years ago, my dad and I went back to Coon Lake for old time’s sake. Although I was in my late teens, I made a beeline for the frog pond. I would have made my 8-year-old self proud.

By this point in time, I had become aware of the issues that face our waters, like pollution, overfishing, invasive species, and climate change. I was driven to the frog pond by more than just excitement to be reunited with my old friends. I had to see if the frogs were still there.

This tiny lake in Algonquin Park showed me how all of our waters should look: fish swimming, deer drinking, great blue herons flying overhead and, of course, my beloved frogs leaping from place to place, ribbiting to their heart’s content.
Tweet