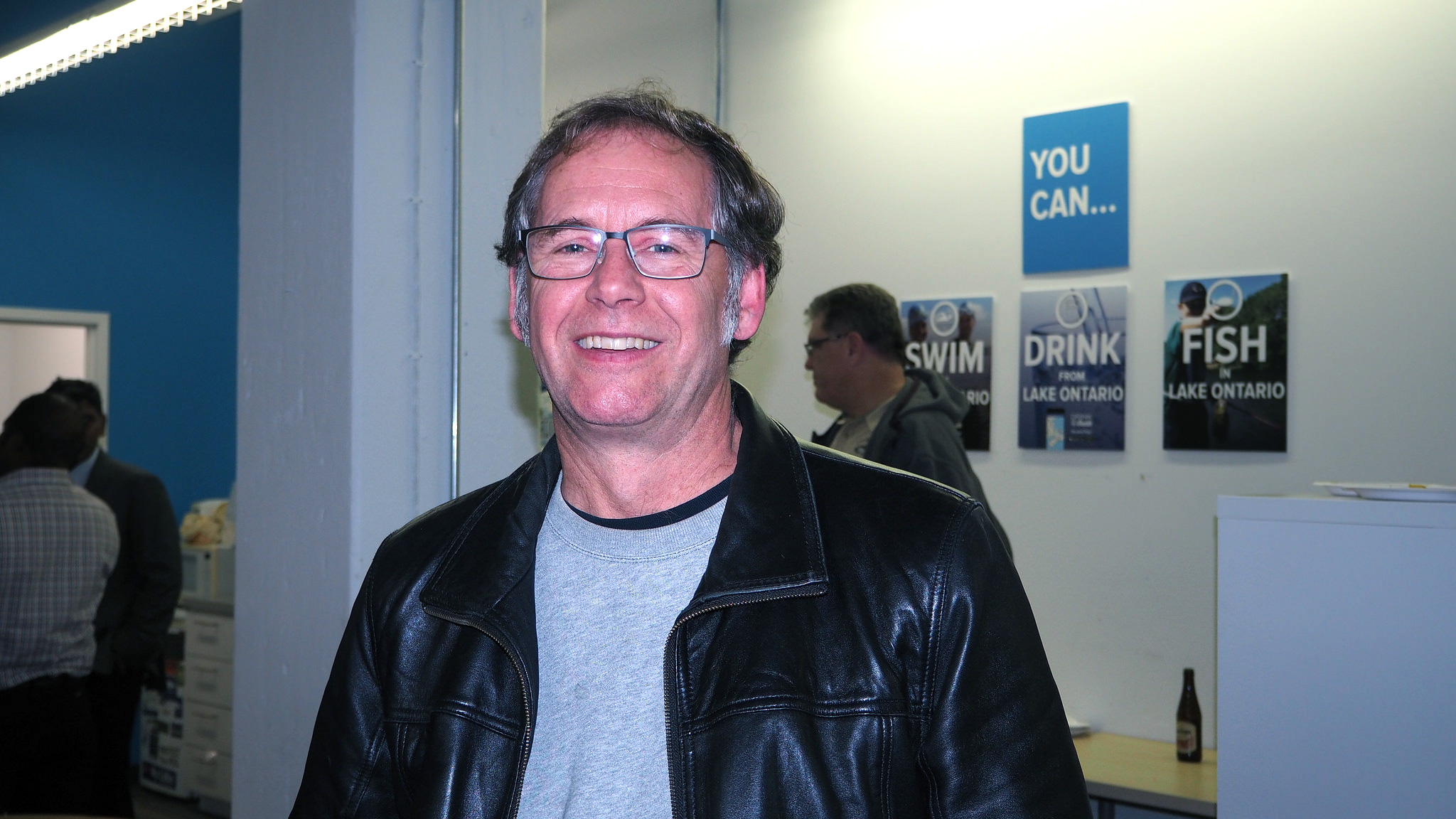 My Watermark is the Toronto Harbour of Lake Ontario.

This past summer I sailed a few times in Toronto Harbour.

The skyline in Toronto – whether you're going by during the day, or at night – it's pretty spectacular. And the view of the islands... It's a really interesting dichotomy because you got the city on one side and the islands on the other and the islands are that vision of a more natural state (where we used to be). And of course the city is so developed and sprawling and busy.

I love when you're going out and you leave Toronto behind you. And you look back at Toronto in the background, and you get out into the lake, and then the water, becomes more vast and (I know) it's cleaner.

Once I'm out a couple miles, I know we can stop the boat and we can just go swimming. We do it all the time and it's beautiful.

Compared to decades ago when I was younger, when we'd go out there, you'd swim sometimes but you'd have to be brave. Now, when you're out there, you don't have to be so brave. The water quality is amazing. I've found that a lot of people have become amazed just to have the opportunity to swim in Lake Ontario and in a lot of cases, people haven't done that. They've been afraid to.

Toronto Harbour still has a long way to go for it to be swimmable. But it is possible. There's no reason why the Harbour shouldn't get cleaned up. There's less industry now. I think it's a case of shallower water. You have to take away those sources of pollution so hopefully it can refresh itself and it'll be a better place.
Tweet