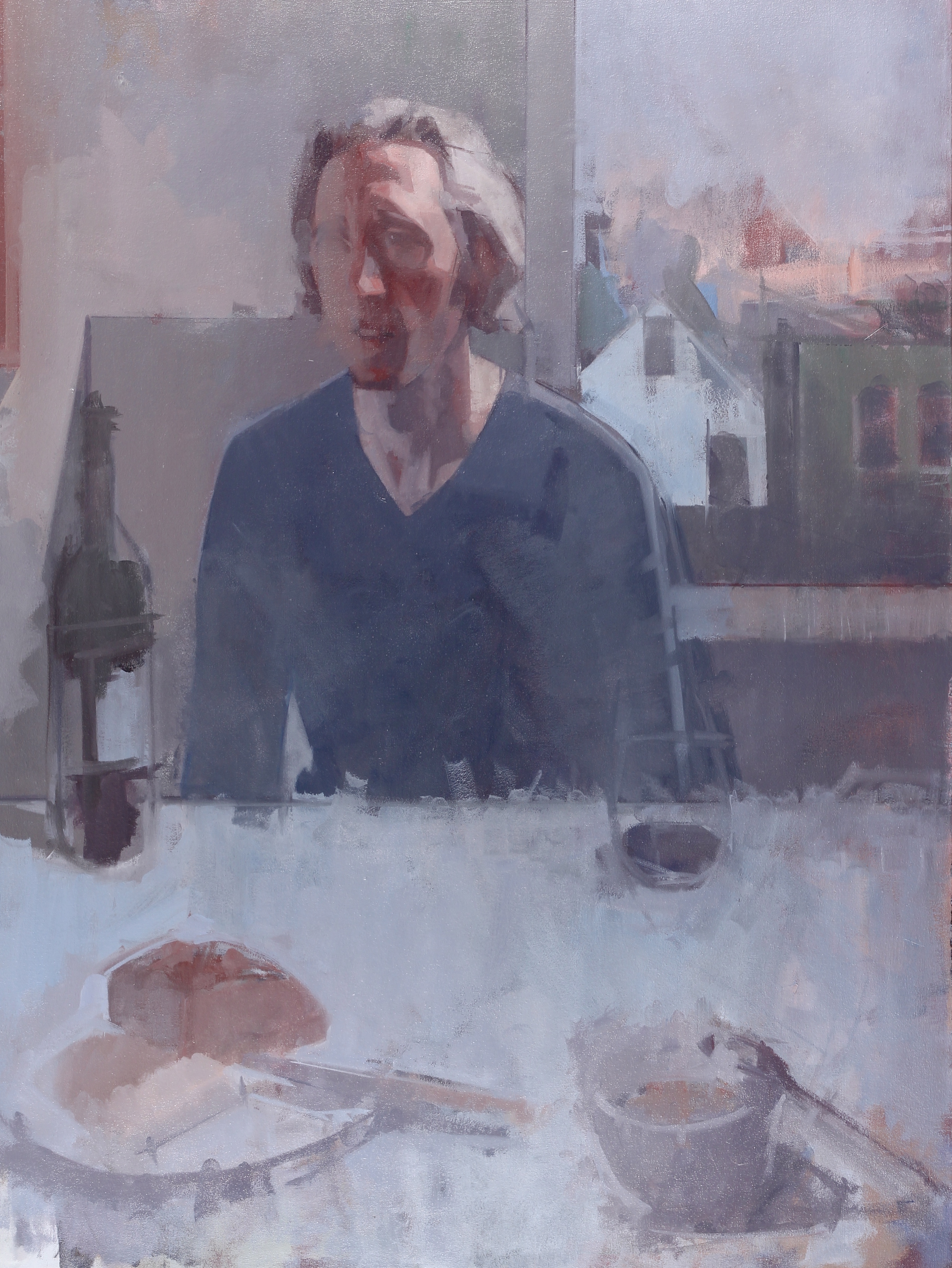 My Watermark is the Atlantic Ocean, Newfoundland.

In 2000, I did a residency in Pouch Cove, Newfoundland and absolutely fell in love with the Atlantic Ocean. Until then I had never done any landscape work but after being by the Ocean, I suddenly was drawn to painting waterscapes - there is something about how raw and vast the water is that really influenced my work. 8 years later, in 2008, I chose to move from Toronto back to Newfoundland, to a place called Conception bay, so that I could purposefully live by the Atlantic Ocean again.

It was beautiful - at night, I could hear the strength of the crashing waves. During the days, I would sit on my porch and look out from my home and paint. From day to day you started to see how the ocean works. I remember, one day, sitting on my porch drinking a beer and? from my seat? I could see whales breaching in the ?ocean. The water became and remains a fundamental part of my soul.

I lived there for just two years and have since moved back to Ontario. But, the impact of the Ocean stays with me through my need to always live by and be near the water.
Tweet