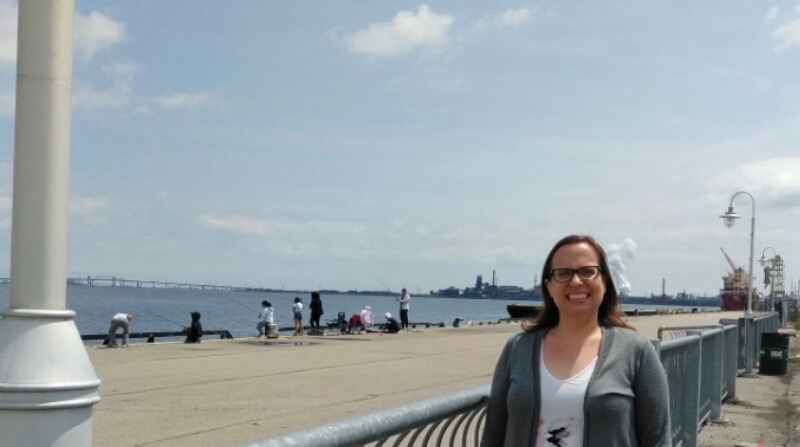 My watermark is Hamilton Harbour.

Sailing in the 1970s with my family on what we called Burlington Bay for some
reason - it was renamed Hamilton Harbour in 1919 - is a fond memory of the area
and my Dad, both whom were unpretentious. We had a modest sailboat named Desi, short for my Dad’s favourite poem, Desiderata, which expressed his own attitude toward life and his approach to his sailing hobby which was unaggressive but skilled enough to give us some good times.

In the case of the harbour’s condition in those days, the line of the poem could have cynically morphed into “Go placidly amid the noise and the WASTE,” but we never uttered a negative word even as the Stelco stacks loomed in the distance over the dark waters. It never seemed ugly in its imperfection just in need of some love. I have learned that in the decades after we moved away it did receive the attention it needed via improved pollution controls, beautification and ecological controls. Swimming was also apparently allowed at two beaches for a time although there has been some decline in more recent years. Still an emerging beauty needing more care but one which I hope to visit by organizing a family reunion picnic very soon – my watermark, Hamilton Harbour.
Tweet