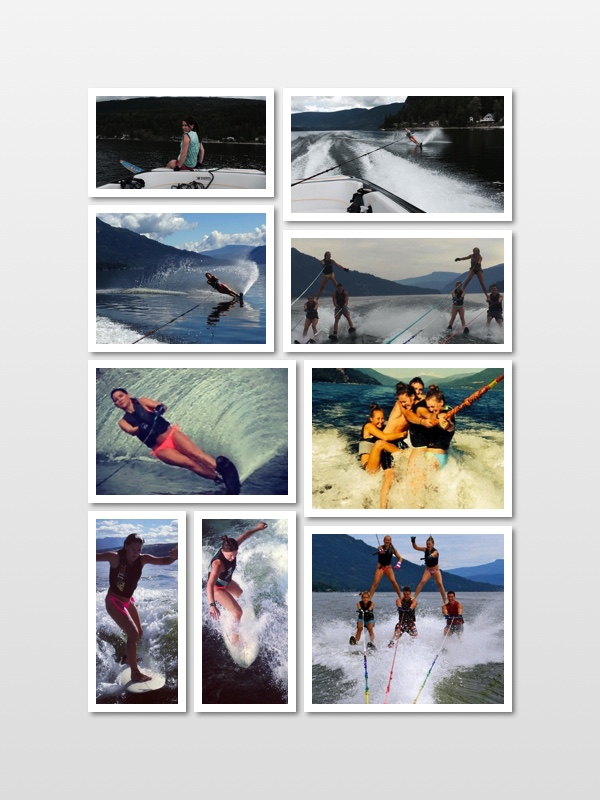 I ski-raced for a long time but now I am a mother of four and I do a lot of charity work - which includes being the president of North Saskatchewan Riverkeeper.

Water has been a special part of my life for a really long time. I grew up in Banff, Alberta. The water was so cold there it took your breath away. I used to go canoeing a lot but I was a really big windsurfer. A group of us would take our boards and go to Jack Lake and windsurf. Growing up, I spent my summers by the water. My family would pile in the station wagon and go on trips, and my dad always insisted that we had to park the trailer by a lake.

There are two waterbodies that have made a big impact on my life. The first is the North Saskatchewan River. Twenty-five years ago I married Kevin Lowe. We lived in Edmonton and in New York for a few years and then found ourselves back in Edmonton when he was traded. This is where we raised our four children. My family has lived by this river for a long time. It is important to me that the river is protected because it is Edmonton’s source of drinking water. I want people to have drinking water from the North Saskatchewan River for generations to come. I also run a lot. There are a lot of great trails that run along the river. Years ago I was training for a marathon and I would run down one trail beside the river and back up on the other side. It really is beautiful.

The other water body that I am connected to is Shuswap Lake in British Columbia. We have spent our summers there since 1992. All my kids come - but so do other family members and it ends up being 20 people by the lake. My kids love going there. We swim, fish, jump off the dock, waterski, make waterski pyramids, have canoe races, and paddleboard races. When my kids were young I used to put them to bed and wake them up when it was dark so we could jump in the lake at night. It was a tradition. Its beautiful to be able to jump in the lake. I want my kid’s children to be able to experience that.

Every year I want to do one special thing when the kids come to Shuswap Lake. In the past, we have had seven people waterski behind the boat at one time, we made a water ski pyramid. Then the following year, we made a bigger water ski pyramid. We do it every year, so next year’s pyramid will be even bigger.

I got involved with protecting water when Kevin and I became trustees for Waterkeeper Alliance. We helped raise money and brought people we knew to the events. People kept asking me what was Waterkeeper Alliance, so rather than just explain it, I decided to walk the talk and do something. I wanted to do something local, so that people could understand what Waterkeeper was and see that the money was going local. It was a big project, but I just wanted to explain to people what we were doing and to help grow clean water in Canada. I wanted to protect the water we have since it is our drinking water.
Tweet