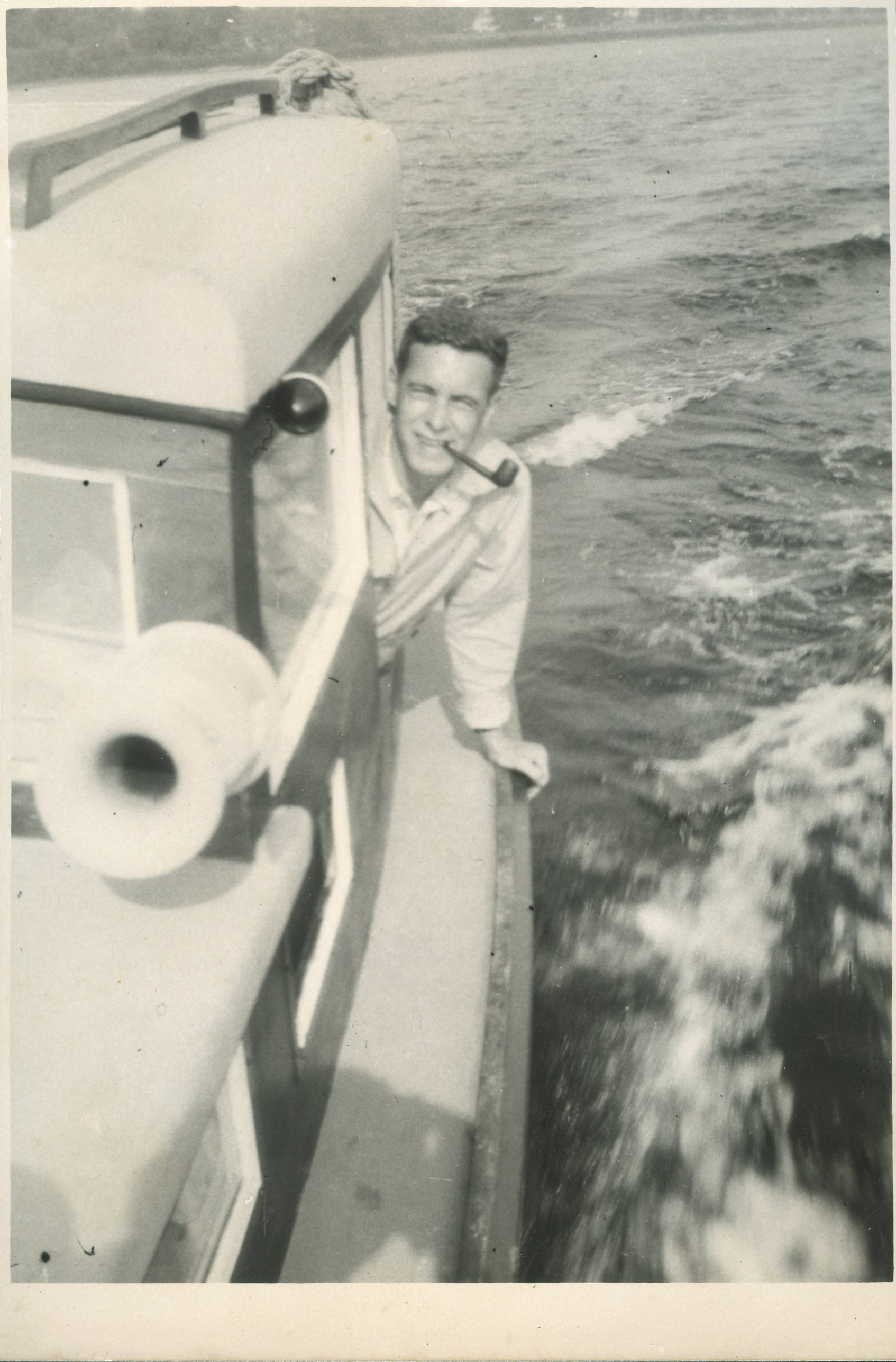 My family has lived along the Saint John River in New Brunswick for five generations.

I was born in 1926 in an old, drafty, two-storey frame house perched on a prominent granite outcrop overlooking the Saint John River, a house where my father, my grandfather, and my great-grandfather had also lived with their families. Great-grandfather Gain Bartlett Taylor had moved down river from Burton/Maugerville flats on the Saint John River to the bustling city of Saint John around 1870. He, and his father before him, had worked the farming/forestry resources of the area since the early 1800s after moving from Truro, Nova Scotia.

Great-grandfather settled on this site in Indiantown probably due to the spectacular wide view of the river above the Reversing Falls (the price and solid foundation were also contributing factors). Wm. Bartlett, the British artist, also liked the view from the site as it is from here that he captured a magnificent sketch around 1838 of the lower broad expanse Saint John River. Our house was one of two that survived a disastrous fire in 1899, which turned to cinders 200 other Indiantown homes and businesses.

I lived in Indiantown until 1944 when I left for UNB (Civil Engineering) in Fredericton under the watchful eyes of my parents (Frank and Eileen). Then on to Cambridge, Massachusetts, for studies in Urban and Regional Planning at MIT and Harvard (1947-1950), where I lived in Ashdown residence next to another attractive water body, the Charles River.

In the 1920s and 1930s everything we did was closely related to water bodies. It was difficult not to be as we were surrounded by water on all sides. The river was used often for transport; our parents instilled a love of swimming, boating, skating, fishing and hunting; summer cottages were readily available for recreation on water; and many friends of mine were greatly attracted to water adventures. Interests of neighboring downtown kids drew me to water bodies, including to the highly polluted Spar Cove Road/Pokiok Creek where we would fish for eels.

On the arrival of each summer, there was a great exodus of families from urban communities to rich resources of rivers, lakes and the surrounding Fundy shores. Several where I have personal recollection include South Bay, Pamdenac, Epworth Park, Harding’s Point, Bedford Wharf, Crystal Beach, Kennebecasis and Nerepis Rivers, Tobique and Nashwaak Rivers. This list expanded rapidly while I was employed by Federal and Provincial departments starting in the 1940s.

An exciting aspect of the Saint John River is its variation in water levels. We have tidal changes originating in Fundy occurring every day, and then we have spring freshets resulting from snow and heavy rain runoff from headwaters, which every year raises water levels, some years quite spectacularly, for a week or so. The south end of my street (Bridge St) was usually seriously flooded to a depth that prevented streetcars from using the usual turn-around loop, and requiring business owners and customers to roll up their pants to get access to shops. Most of low land on the river side of Bridge St was underwater.

Walter Pidgeon, while working in his dad’s shoe shop (early 1900s) at the corner of Main and Bridge probably had to roll up his pants during freshets. Louis B. Mayer (MGM fame) as a preteen picking up scrap metal with a horse and wagon to support his family, also did some splashing in the freshet.
The Spring was not only well known for freshets; delicious shad and salmon were caught in nets early spring in the bay in front of our home by commercial fishermen. We often watch “Po’rDad” Gormley, granddad of kids who lived downhill from our outcrop, cleaning fish and getting them (including terrific roe) ready for sale.

As soon as school was over, our parents moved the kids up River to Bedford Wharf. The Davis sisters (Vera Gilbert, Adrienne Hutchinson and Eileen Taylor) had three small adjacent cottages overlooking the centre of the kids’ world – the wharf. The Wharf was particularly popular when visited by one of the river boats, the Purdy or the Majestic, delivering goods (including fathers) from Saint John to Bedford Wharf and other points further up along the river. Never before was the sound level of screams from less than a dozen young kids as high as when a father or two jumped onto the wharf. Older kids took pleasure in jumping off top decks to see who made the biggest splash.

As soon as this excitement subsided, kids returned to normal and continued daily activities picking berries, swimming, fishing off the wharf, rowing, hiking through the woods to Holder’s farm to be squirted with cow’s milk as fresh as it comes, visiting friends in other camps along shore, or playing board games under cover when raining. What a life!

A special effect was produced when Aunt Vera swam to the middle of the broad River, turned over, floated on her back, and sang loud enough to be recognized on both sides of the river.

I learned how to clean dirty plates with river sand while living in tents on Harding Point attending St. Luke’s Anglican Cub and Boy Scout camp. It was the first night I ever spent by myself, and it was very dark and quiet apart from the lapping of water on shore.

Later, I remember that very early and chilly Fall morning when I let go of our canoe and it slipped down the steep embankment out into Nerepis River. Luckily for Dad and I it was caught up in reeds but could not be reached. It was too deep to wade and too cold to swim. Fortunately we still had the duck decoys and their long lines with lead weights. After a dozen or so unsuccessful throws at the canoe, Dad finally landed a lead weight in it which held tight enough to permit us to pull the canoe out of the reeds and back into our outreached arms. We still had sufficient time to build a blind before the ducks started to arrive!

By far the majority of many associations with Saint John and its tributaries as a kid and as a young man have been pleasurable, but not all. I recollect cousin “Red” Gilbert drowning while hunting along The Mistake; Aunt Alice Duval’s husband Louis drowning off Pandemac in a canoe borrowed from my Dad; and one of my young friends dying as the result of a shotgun accidentally discharging while rowing a short distance about the Reversing Falls. Several years after I left Saint John there was a boat explosion off Ketepec which almost ended the lives of Bud Wilson, his brother Keith, and my dad, Frank.

Why is this water body important to me?

What shapes us is still not absolutely clear, but I feel strongly that the many thousands of various contacts I’ve had with water bodies (under surface, on surface, and over) and my reactions to them have had a very substantial influence in shaping me. My understanding of water and sensitivity to its critical importance in everything we do has been most influential in determining my life work. In my jobs as an Urban and Regional Planner with the provinces of New Brunswick and Ontario I have had very unique opportunities to prepare broad scale growth strategies which, among other objectives, try to ensure that every possible step is taken to protect and use wisely the limited water resources we have available in a world which is placing vastly increased pressure on them.
Tweet