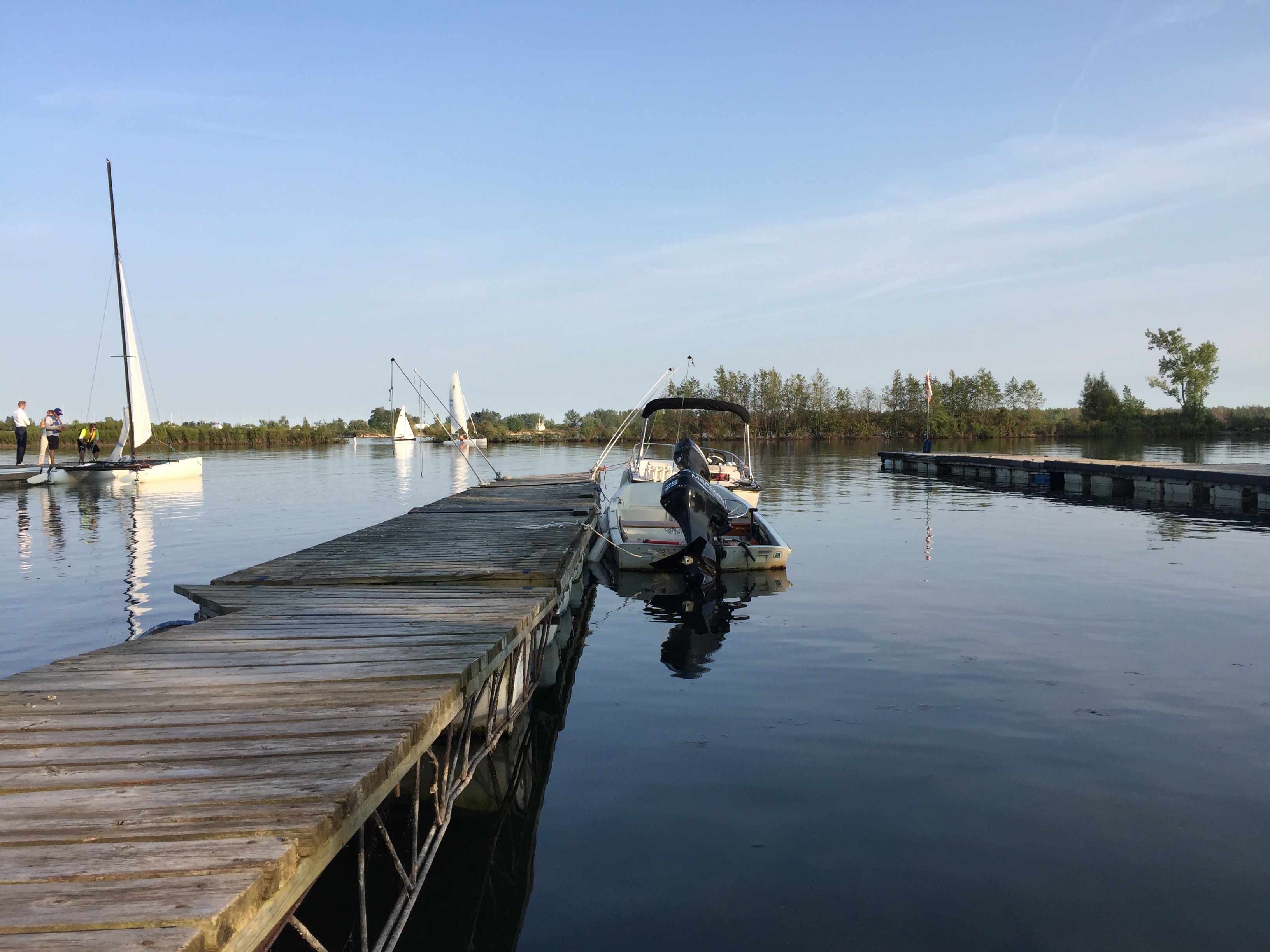 My Watermark is Lake Metigoshe, MB.

My mother grew up near there in a place called Deloraine, Manitoba and built a cottage on the lake in the 1930’s. Starting with my generation in about 1962, my family, my two brothers and I spent every summer there for 16 years. We still go back – I was there 3 weeks ago – and we just have the greatest times when we’re out there.

Here in Ontario I mostly sail, but out there it’s mostly horse-powered stuff: I’ve got ski boats and fishing boats and four wheelers on a farm nearby. It was just the greatest place to grow up. I learned how to ski there and I did a lot of fishing when I was younger; we did everything that you do at lakes. The fish up there are mainly Northern Pike, Perch, and Pickerel.

It’s interesting because about 10% of the lake is in Canada and the remainder is in the United States, so the Canada-US border is about 100 feet off our dock. And the laws have changed dramatically over the years. When I was young in the ‘70’s we could boat over the US, pick up our favourite American candy bars, and return at will, anytime. Nowadays it’s more strictly enforced, for obvious reasons, but back then we really felt like kings of the world, going to another country just for chocolate bars. Things were simpler then.

Growing up at the lake really made me develop a lifelong attachment to water. I remember the big birthday wasn’t 16 when you could drive or 18 when you could drink, but it was 8, when you were allowed to drive the motor boat. That was the big birthday in our family. And we were waterskiing by 5 or 6. My mother was actually the first one to waterski on the lake back in the 1950’s. My uncle made a set of water skis; he steamed wood together, used an inner tube for bindings, and they started a ski club on Lake Metigoshe in the southwest corner of Manitoba.
Tweet