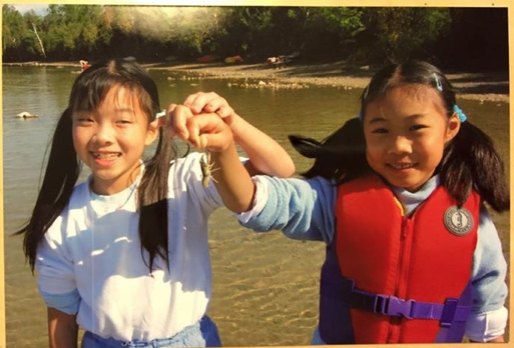 My Watermark is Cyprus Lake, Ontario.

When we were around ten years old, my friend and I went camping at Cyprus Lake campgrounds. We built our tent, rode our bikes, and became friends with the girl on the campground next to ours. We kinda got bored, so we decided to go to the lakeside. We were fooling around, making sand castles and catching baby crayfish for fun.

We later started collecting things underwater when we turned over a rock and saw something round move, so we got a stick and picked it up. It was a squishy slug like thing and we had no idea what it was, so we ran to our parents to ask and realized that we had found a leech!

So we put it in a bucket and poked at it and did all the things little children would do to squishy creatures. We went back to the lake to collect more artifacts until we had to go back to our campsite for dinner. So like good kids, we returned the leech to its home. We waded into the lake until we were chest deep in the water, flung the leech as far as we could, and ran back to shore screaming “RUN FOR YOUR LIFEEEEEEE!”

It’s not a phenomenal story, but it’s a memory that my friend and I will remember even when we are old and ugly.
Tweet

Event
Living on the Water’s Edge, University of Toronto 2015