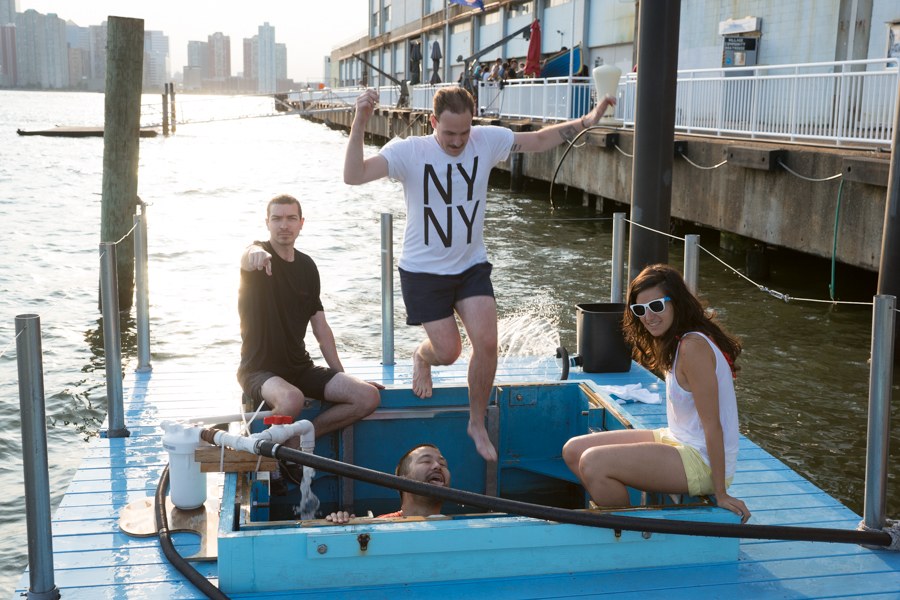 In the summer of 2014, I jumped in the Hudson River with three of my best friends and it was awesome.

Four summers earlier, we were sitting at a coffee shop talking about how unbearably hot New York City was and how it makes no sense that we're on an island surrounded by cool relief, but have no way of safely and cleanly accessing that water. We thought, instead of trying to clean the entire river, what if you started by just cleaning a small piece of it? And from that + POOL was born–a floating, water-filtering pool in New York that cleans the river through the walls of the pool.

After 4 years of designing, testing and building incredible public support, we were able to build a floating test lab that finally put our idea in real river conditions to study the filtration system that will make + POOL a reality. And 4 months later, we dialled in that system so that even on the dirtiest days, the water in our floating lab was clean enough to swim in.

We may have only jumped in a tiny 5'x5' area of the Hudson River that day, but it marked a huge milestone for the four of us and everybody that wants to swim in clean New York water. We're still developing and designing + POOL, and we plan to jump in a much larger area of clean river water very soon.
Tweet