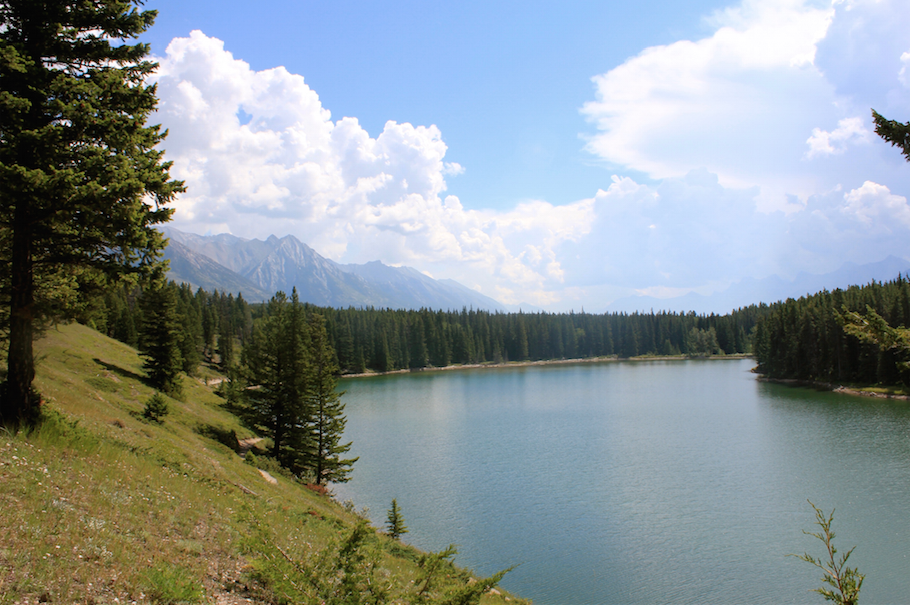 My Watermark is Pigeon Lake, Alberta.

I grew up in Edmonton, where many of my friends had cabins on the lakes that dotted our province. But until I was 21, I had never actually swam in an Alberta lake.

I had been taught that the lakes here weren't clean. That they were thick with weeds, the water level too low to swim, and the water too dirty to touch. My family instead opted for trips to the neighbouring province of BC, sometimes even Ontario, when we wanted a vacation at the lake.

I believed what my parents taught me about the water being bad because I didn't know any different. And so I never accepted an invitation to visit one of the lakes that surrounded my hometown because I knew the "truth" about them all.

It wasn't until I got older and started doing my own trips around the province with friends that I realized this wasn't true. Every day of the summer, Albertans are floating down the Bow River. They're paddling the North Saskatchewan. And they're making the most of the beaches that line Pigeon Lake - and all Alberta lakes, for that matter.

My Alberta watermark was not one of fond nostalgia, but of distrust. A memory that was ingrained in my mind by people that I loved, people that thought they were doing me a service. But my Watermark is also one of hope, for as a child, I was distant from my watershed; now, as an adult living in Toronto, I am close to it.
Tweet