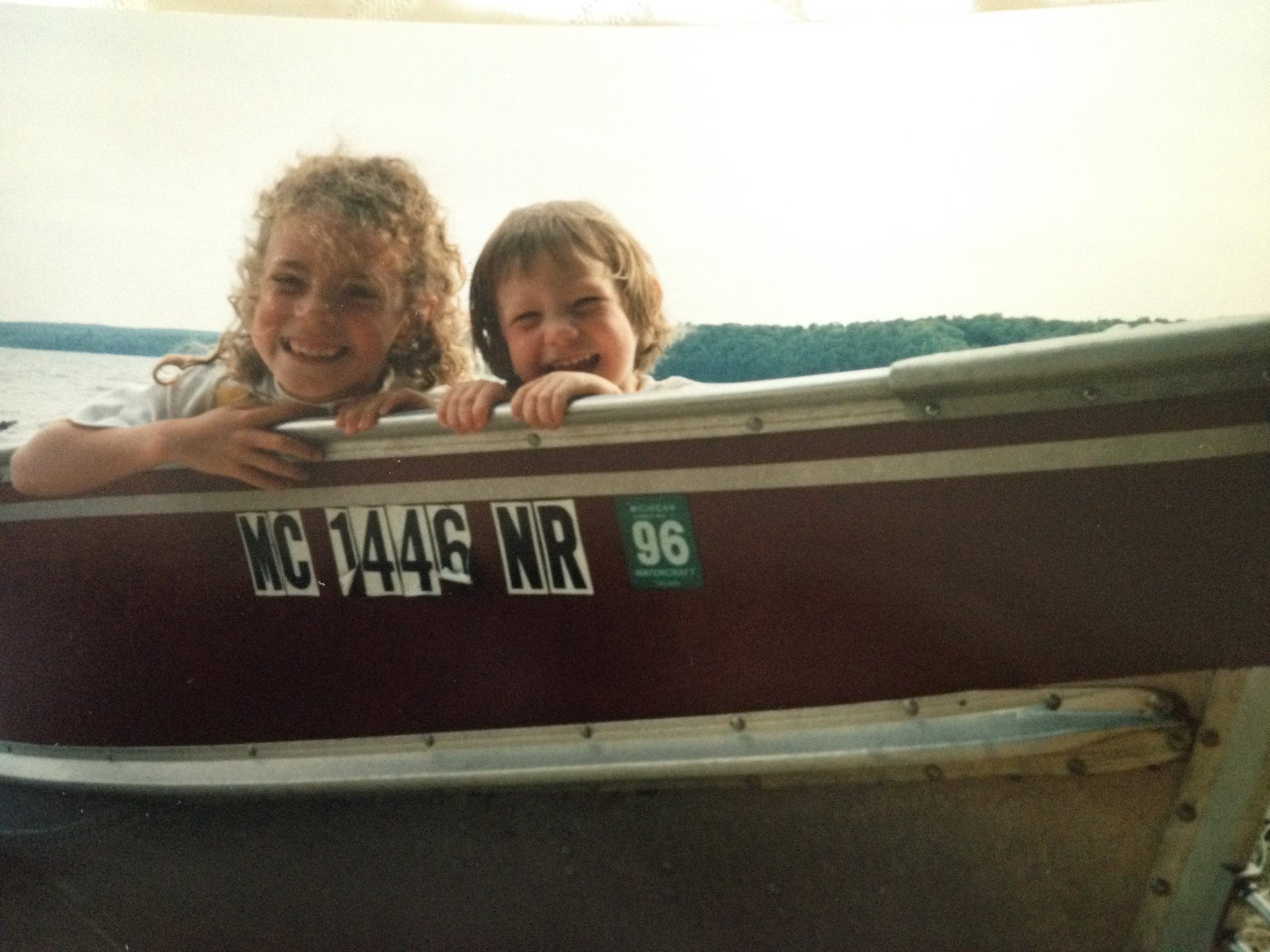 Every summer for the majority of my childhood, my family along with my cousins, aunts, uncles, and grandparents would spend time in Autrain, Michigan. This was considered to be a very rough halfway point between my aunt, uncle and cousins in Saskatchewan and the rest of us in Ontario.

During the weeks we spent in Autrain, a considerable amount of time was spent at the beach. My sister and I would build elaborate sand castles, pretend to paddle away from home, and swim. The cottages that we rented were on Autrain Lake, but a short drive took us to where Autrain River met Lake Superior. We were rarely brave enough to head straight into Lake Superior, but would start off slowly and try to prepare ourselves by floating along the river. When we finally felt brave enough we would run out into the cold water of Lake Superior.

My family no longer goes to Autrain, Michigan, but I will never forget how huge and beautiful Lake Superior is.
Tweet