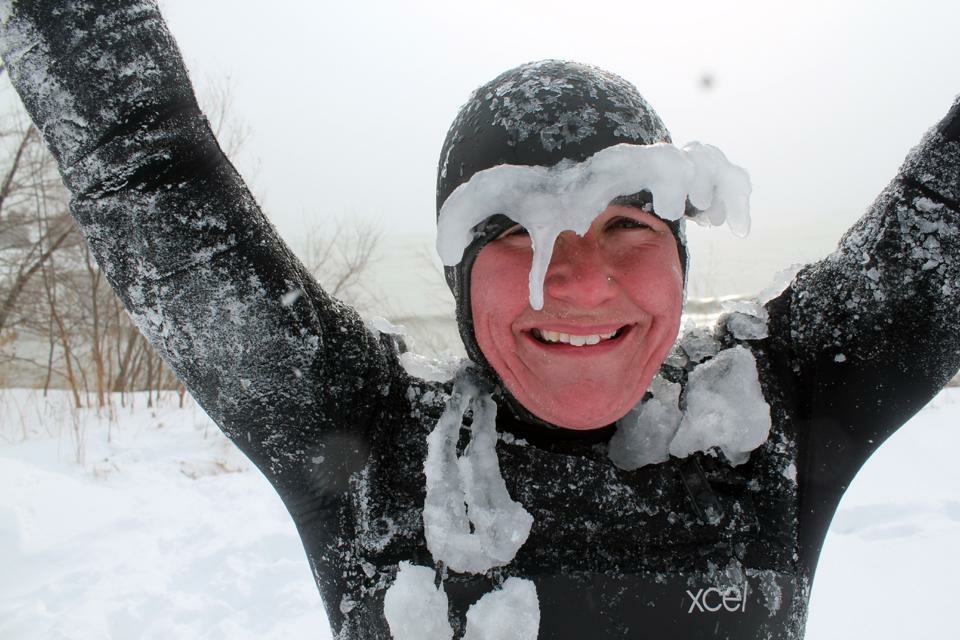 Growing up in the east end of Toronto (Thorncliffe Park); my parents used to walk me in my stroller from our apartment, all the way down to the Beaches boardwalk. Eventually as I outgrew the stroller, it was replaced by a bicycle and rollerblades; these trips because family outings, taking the path that runs through the Don Valley, down Victoria Park and to the bike path that runs along Lake Ontario. We swam, we picnicked and walked the boardwalk from end to end on numerous occasions. This was a special getaway from the hustle of downtown Toronto, the perfect escape.

Even after we moved further north of the city, I still found myself packing my rollerblades and a lunch and heading down to the Beach(as it's now called) to spend many hot summer days on the path, working up a sweat.

In hindsight, I can honestly say that one of those defining moments that has the ability to alter the course of my life, was about to happen. It was on one of those rollerblade days back in 2012 when I saw a group of people pass by who appeared to be standing up on "surfboards." I was immediately intrigued, and I had to know more! After doing some research, I found out that they were doing was stand-up paddle boarding (SUP) and that you could rent them from many places locally after taking an introductory lesson. This activity provided a whole new perspective for me to a place that I had only ever observed by land. It wasn't long before I made the investment in the board and all the gear that came with it.

Paddling the shores of Lake Ontario and making a mini adventure out of it was the ultimate way to get out there and see our backyard in a different light and with the peaceful solitude that really made you feel as though you had escaped and gone away somewhere far, far away for the afternoon. One of my favourite routes to paddle was starting at the R.C Harris water treatment plant in the far east end of the Beach to Scarborough Bluffs and back on a clear, sunny day.

Having dreamed of surfing my entire life, it didn't take long for me to realize that you can actually surf on one of these SUPs! I managed to connect with Robin at Surf Ontario one day when shopping for a wetsuit, and she pointed me in the direction of a Facebook group for people who surf in Toronto. From there I found information about an upcoming beach cleanup that was happening at Woodbine Beach. I was so excited at the prospect of doing something good and in the process, hoping to meet new people with similar interests. People who I am still friends with to this day, showed me the way of surfing here in Toronto, and the other nearby Great Lakes (Erie and Huron).

I will never forget the first time I saw a surfable wave at my home break, here at Ashbridges Bay. Last September, 2014, when I was still pretty new at forecasting, the app that I used was telling me that there would be a 3-4ft wave happening that morning. I was skeptical with the wind direction that was showing, out of the northeast; but decided to drive down to the lake anyways before work, not expecting to see much. When I pulled in front of the beach I could see whitecaps from the parking lot!! I couldn't get into my wetsuit, gloves and booties fast enough! It was totally happening and on such a beautiful, crisp fall day at that. I ran to the water, board in hand and saw another dude on the beach and we both excitedly exclaimed that the surf was up!! I asked how this could be happening and he explained that the orientation of Lake Ontario is tilted slightly upwards towards the north, so that a strong northeast wind could wrap around and create a clean, almost offshore wave when traveling across the length of Lake Ontario and towards Ashbridges Bay. To experience a wave of such power and in a place where I had grown up completely unaware, was truly an exhilarating experience.
Tweet